Literature and philosophy were and are the things I considered and consider most important in one‘s life (besides eating, sleeping and - of course - doing your everyday bills at the end of the month). As far as I can remember I have devoured books in search of the meaning of life, knowledge and happiness. [...]

Dear readers, In a world full of changes and dynamics it can be sometimes difficult to hold your inner mental balance and keep a positive mindset. But it is nonetheless important to do so. [...]

"You are on my mind“ (by illspk) appeared first on Ignis Literature.

The Blue Books' Board

This book was devoured only within a few days and offers a mixture between ancient eastern history, thriller and mystery. Written by Natsu Hyuuga and illustrated by Touko Shino the first light novel of ‚The Apothecary Series‘ introduces its readers to an ancient eastern royal court where a young seventeen year old girl named Maomao is sold off to.

Are you in search of a gripping novel full of mysteries and intrigues within an ancient royal court’s place to be solved by a cunning and non-conventional female protagonist?

Meet Maomao, a strong-willed and observant young woman who grew up as an apothecary’s daughter within the red light district. Having seen and observed many things that are not lightly to be taken, Maomao has developed besides that a strange habit of experimenting with poisons on herself since her days as a child. Noticing her talent for…

The Blue Books' Board

Wow that was rather quick: I literally devoured the manga as soon as it was delivered this morning (see previous post unpacking the delivery) 😝💜.

‘Alice Love Fables: Toy Box’ is a collection of short stories drawn by Mamenosuke Fujimaru and written by Quinrose around the Otomne Games ‘Alice in the Country of Hearts’ (jap. Heart no kuni no alice), ‘Arabians Lost’ and ‘Crimson Empire’ that came out for PC and PS4 some time ago. The three of them have sold quite well in the past and were that popular, that the Seven Seas agency decided to bring on several manga adaptations that sold out pretty quick (reviews of them will follow 🥰).

"The Morganian Revenant" (by illspk) appeared first on Ignis Literature.

Welcome to my blog!

Discover and enjoy nearly every day new posts about Literature, Philosophy, Fashion, Health as well as other similiar topics.

Stay tuned and join our amazing blog family and community if you haven’t already!

Please leave some comments on the posts that struck you with interest so that we can engage in an inspiring further discussion about the topic. 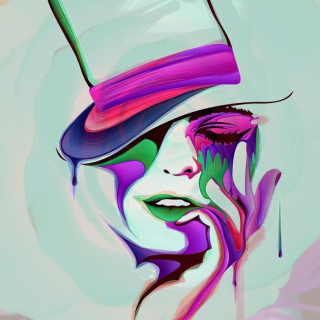 I love to Literature, Fashion, Philosophy, Music, live and explore new things. Positive creativity is one of humans most important abilities.

Search through my blog :)

Copyright © 2018 – 2020 by Illignisfashion and illspk. All rights reserved. Unauthorized duplication and/or use of this material without written permission and express from the author and/or owner of the site is strictly prohibited. Links and excerpts may be used, provided that clear and full credit is given with specific and appropriate direction to the original content.